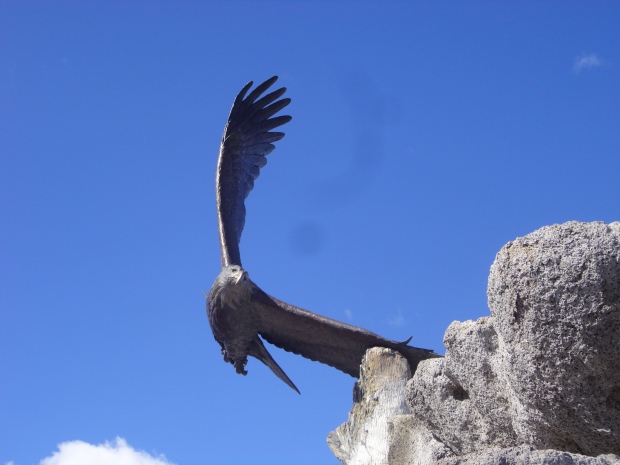 All the names of this community we call home can be an encouragement to us, the body of Christ in Idaho Falls, to remember what Jesus has done and what our mission here is.

The first name for this place was “Flathead Crossing.” This story is well documented in Chapter 27 of Barzilla Clark’s, Bonneville County in the Making, published in 1941.  In a nutshell, this is the story of an unreached people group hungry for the gospel, so hungry they would send several delegations, the first two of which lost their lives, on long journeys to learn the gospel from what, at the time, was known as the “White Man’s Book.” And it’s a reminder to us that there is still a harvest; God is at still work drawing hearts of residents of Idaho Falls and elsewhere to Himself.

The name “Idaho Falls” is a reminder of God’s hand in transforming a place that all the early explorers called desolate and inhabitable into the city we have today through water.  The pioneers dug the irrigation ditches, but God supplied the water to sustain life, just as he supplies the water of His Spirit to give new life to barren lives.

During 25 years or so prior to 1891, this place was called “Eagle Rock.” Eagle Rock is the place that eagles live.  One history of the city reports that 20 eagles were seen at the site of the Eagle Rock Ferry. Recent Idaho Fish and Game studies indicate that there are more nesting eagles along the South Fork than any other place in Idaho.  At least 23 businesses and 2 churches in town incorporate “Eagle Rock” into their name.

Of Scripture verses that mention eagles, two in particular are rich in meaning.  In Exodus 19, when Moses climbed Mount Sinai to meet with God, the first thing God tells him to tell the people of Israel is “You yourselves have seen what I did to the Egyptians, and how I lifted you on eagles wings, and brought you to Myself” (Ex 19:4). Many translations, instead of “lifted” read “bore” or “carried” and the Hebrew word can mean any or all of these.  But it’s the same word that used in Ps 24:7, Lift up your heads, O gates, and be lifted up, O ancient doors, that the King of glory may come in!  The word is used in Isaiah 6:1, I saw the Lord, high and lifted up, and it’s the word used in many Psalms referring to lifting up hands or hearts or eyes to the Lord in worship.  Why did God use eagles, rather than camels or horses or oxen, to illustrate how he brought His people out of slavery and to the mountain where He chose to dwell?  Because eagles fly; eagles fly high, and God needed to lift His people up to where He was.

Isaiah 40:31 is another verse mentioning eagles – Those who wait upon the Lord will gain new strength, they will mount up with wings like eagles, they will run and not get tired; they will walk and not become weary.  God’s people, who would be taken captive to Babylon, would need to get their eyes off of their captivity and onto God, and to “see” that he would deliver them like he did His people from Egypt, that He would give them strength to return to the land, to rebuild Jerusalem and the temple.  But before they could run and walk and build they needed to ascend like eagles into God’s presence, to grasp the work that He was doing and involving them in – “Get yourselves up on a high mountain, O Zion, bearer of good news, lift up your voice mightily” (Is 40:9), to proclaim the news of His return to the mountains (powers or kingdoms) of the world.

Jesus was lifted up on the cross; He was raised from the dead; He ascended into heaven and seated at God’s right hand, far above all rule and authority and power and dominion, and every name that is named.  And God raised us up with Him and seated us with him in the heavenly places in Christ Jesus (Eph 2:6).

So whenever you see the name “Eagle Rock” or see an eagle soaring above the city or the South Fork, remember that God raised Jesus and has raised you up in Christ to where He dwells, to see, understand and be empowered to do His work in this city.

Charles Barnes writes this post about the impact of seven individuals in the history of Idaho Falls.  Would you know the story of others?  If so, please share.

Rebecca Brown Mitchell was widowed at age 23 and, because of inheritance laws of the time, lost all her possessions except her Bible and hymnbook. In 1865, at age 31, she remarried; her second husband died in 1880. Two years later, after attending a missionary training school in Chicago for a few months she (in her own words) “turned my face toward the Great Unknown West, not knowing the whereabouts of my final destination, but was led by God, and so I found myself in Idaho, in the town of Eagle Rock, now Idaho Falls, coming as a self-supporting missionary…”. Rebecca Mitchel is credited with starting the first church in Eagle Rock, the first school and the first library. She later became the first chaplain of the Idaho Legislature. By faith Rebecca Mitchell obeyed God’s call to the sandy streets of early Eagle Rock, trusting Him not only to provide for herself and her daughters but to work through her to transform lives and the community of Eagle Rock.

Rev. Samuel Wishard organized the First Presbyterian Church in Idaho Falls in 1891. He was 66 at the time. A missionary to Utah, in his later years he organized churches in southeastern Idaho. By age 90 (when he retired and shortly thereafter died) he had started 15 churches from Pocatello to St. Anthony to Salmon. By faith Rev. Wishard obeyed God’s call to bring the gospel to Mormon communities and to organize churches of converts.

Rev. Donald Austin was born in Bonneville County (Payne) in 1913. After marrying Evalyn Kissler in 1934, he and his wife pastored Pentecostal churches in Fruitland and Albion before moving back to Idaho Falls. With the help of his father and brothers, he built the church building on Gladstone Street, and served as pastor for 50 years, from 1941 until 1990. He occasionally filled the pulpit or led special meetings at several other churches in Idaho Falls as well. He died in 2003 and is buried in Rose Hill Cemetery. By faith Rev. Austin returned home to shepherd the flock God gave him, and remained faithful to that work for five decades.

Jim Johnson was born in Rigby in 1917, and grew up in Ririe. When he was 12, his mother was killed in a gas explosion while dry cleaning clothes, and Jim was sent to California to live with one of his older sisters. Jim found salvation in Christ in 1948 at one of Billy Graham’s crusades in Los Angeles. Retiring in 1976, he moved back to Idaho, buying an old farm house in the Iona area. Jim had planted several churches in California, and continued church planting in Idaho. He loved to share the gospel and visited hundreds of homes in Idaho Falls. He would invite those he visited to come to Bible studies, resulting in many people receiving Christ. According to his obituary, at the height of his evangelism ministry approximately two-thirds of the congregation of the Christian Center of Idaho Falls were people he had visited and led to the Lord. By faith Jim Johnson shared the gospel of Christ in homes and businesses of Idaho Falls, discipled those who responded and planted and supported churches wherever he lived.

Jane Jones Arnold was born in Idaho Falls in 1930. She worked as a technician at the Idaho Chemical Processing Plant until marriage and family demanded her full time attention. But as her six daughters and a son grew up, she returned to work, this time for Miles Willard Technologies, first as a part time lab assistant and eventually managing the food lab. Jane was a longtime member of First Christian Church, serving as elder and in other leadership positions. Aware of unused church property and seeing the need for housing for low-income seniors, Jane was instrumental in founding Mountain Falls Corporation, served as president of the Board of Directors of the Corporation, and spearheading two apartment complexes from project conception to completion. Faithful in taking on major responsibilities, Jane was also an example of hospitality, whether in her home where there was always room at her kitchen table for more guests, founding a Senior Luncheon that was held for many years at First Christian Church, cooking the main course for 400 attendees at the East Side Progressive Dinner, or hosting an international exchange student from Korea for a school year. By faith Jane Arnold helped those in need and worked to train others and build structures that would continue to meet those needs.

Norm Pace worked as a mechanical engineer for more than 40 years for INL contractors, starting with Phillips Petroleum Company in 1962. He married and raised two children in Idaho Falls, and he loved hunting and fishing in the area. Norm’s greatest love was his Savior and spreading Jesus’ love to all he met. A long-time member of Trinity United Methodist Church, he was a leader in Trinity’s men’s ministry and he helped organized annual men’s and couple’s retreats. But Norm sought out other ways to honor his Lord by serving others. He served as a hospital chaplain for many years, worked with men at the City of Refuge men’s shelter, was involved in jail ministry, and was deeply committed to prayer throughout the body of Christ in Idaho Falls, starting or participating in several prayer groups with men from other churches. By faith Norm prayed for Idaho Falls and lived a life of service.

Ray Vinson came to Idaho Falls in 1982 and opened a bookstore. He met so many people over the counter who needed help and encouragement that he started the Family Life Enrichment Center where he counseled hundreds of families. Because of his gracious, gentle, unpretentious manner he was also sought out by many pastors and Christian leaders in town. At different times he served as interim pastor of Community Bible Fellowship, Eagle Rock Baptist Church, Alliance Covenant Church, First Christian Church and First Lutheran Church. Ray helped form the Evangelical Ministerial Alliance in 1986 and helped organize many community events and projects. By faith Ray Vincent served the body of Christ in Idaho Falls, encouraging all he met with godly advice, and sought righteousness in our city.